More and more children are left in the care of relatives, friends, or professionals when their mom cross borders to seek places where there are more jobs to find and where the salaries are higher. As the migration streams of the world are feminized, more and more children are left behind facing a life in the absence of their mothers. Transnational motherhood, or motherhood across borders, is a widespread phenomenon. But, what lies behind the feminization of migration? Why do women leave their children to work somewhere else, for instance in Denmark? And who takes care of the children who are left behind? 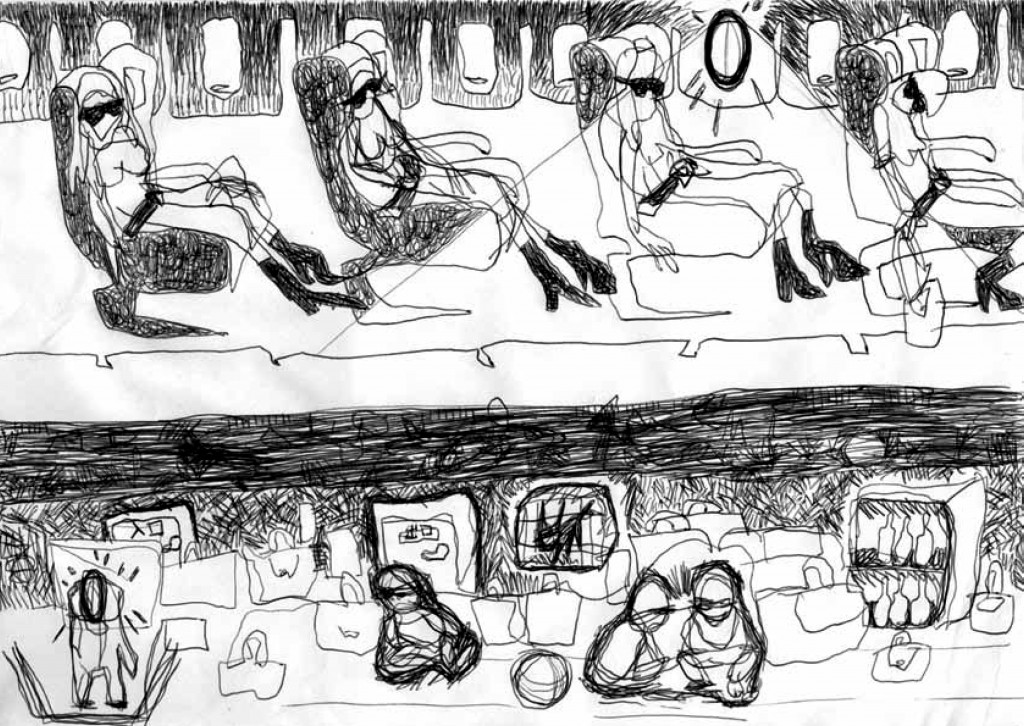 Historically, migration has been a male dominated phenomenon. In keeping with gender role traditions, the woman stayed at home and in her homeland, while her husband migrated to find work. Today, women dominate the work migration statistics of several countries. Women’s labor is in demand, and women’s decision to migrate is often encouraged in their homelands.

If we want to understand why women leave their children to seek work abroad, we must look to an international division of labor that is shaped by global capitalism and unequal development in the global north and the global south. We must look to systems of gender inequality in both sending and receiving countries as well as race-, class-, and citizenship hierarchies.

The growing demand for foreign female labor can be seen in Denmark. For instance, the number of au-pair residence permits grew by more than 1.900 permits from the year of 2000 until the year of 2009 when 2.773 such permits where given. Most of these au pairs are from the Philippines.

In a way, the Philipina au pair and the Danish woman for whom she works share each other’s fate. They are both women in a world where very few households can survive on a single income, and where women, like men, dream of obtaining careers . They have left the, traditionally seen, feminine private sphere, and the life as a housewife, to work outside the home, separated from their children. Thus, they disintegrate the traditional caregiver/breadwinner dichotomy, in the exchange for a concept of motherhood which encompasses breadwinning. Besides, both groups of women share the work of the household and the care for their children with others, relatives or professionals. They haveoutsourced their care work.

One Woman’s Liberation another Woman’s…

Therefore, the entrance into the breadwinner position has very different consequences for the Danish middle class woman on the one hand and the Philippina au pair on the other, as well as for the women’s family life, care role, and children. The migrant woman’s penetration of the, traditionally seen, masculine sphere is not a simultaneous liberation from the traditional role of women. Traditional female work is still reserved for women in Denmark, and the liberation of the Danish middle class woman from handling the work of the household depends on the readiness of women from the global south or from Eastern Europe to take over this work.

The need for imported care is not just a result of the entry into the labor force. It also stems from a resilient gender inequality in the Danish homes where women still handle most of the household work and care work. In the case of the au pair, the move out of her own home is the simultaneous move into the homes of others. Thus, the work of the au pair simultaneously keeps her in the feminized private sphere where work is not seen as work. And where underpaid au pairs do backbreaking work without a work residence permit or a collective agreement, and under the guise of cultural exchange.

The willingness of the migrant woman to take over when the Danish middle class woman leaves the work of household and child care is a product of global capitalism. If we want to understand why women leave their children, for instance to work as an underpaid au pair in Denmark, we have to look beyond the individual woman’s desire to establish a career and travel.

We must look to societal arrangements and inequalities which imply that economically rich countries with deficits in balance of care are craving for caring hands, while countries in financial distress crave the money, remittances, that au pairs and work migrants (who ought to belong to the same single category) send home.

The Philippina au pair girls in Denmark migrate from a Philippines in conflict where corruption, trade liberalizations, privatizations, pay off of foreign debt, and multinational corporations hollow out agriculture, labor markets and the economy. Work migration is encouraged and seen by the Philippine government as a strategy of development, and remittances constitute about 12,5 percent of the gross domestic product of the Philippines.

In Denmark, the work of the Philippina au pair girls is seen as cultural exchange. But the au pair girls are often grown up well educated women, who seek earnings rather than cultural exchange, and who have family to support in their home countries. Denmark is often just one step in a longer journey for these women between countries, transient residence permits, wage labor and transfer of money to middlemen and family in the home country. They are far away from their potential children and they work to the benefit of our prosperity, because, when household- and care hands are released, the activity at the Danish labor market increases.

The Philippino men do not take over the care work when mom leaves the family. In the Philippines this work is viewed as woman’s work, and therefore other women are brought to provide this care work. Women throughout the world are thus connected in the global care chain, as the American scholar Arlie Hochschild describes it.

The Danish middle class woman outsource love- and care work to women from Philippines who are underpaid because of their mistaken au pair residence permit and non-citizenship. The Philippina woman outsources the care of her own children in the Philippines to other women in the Philippines, relatives or women with poorer educational background and lower class status, who cannot themselves afford to migrate. The youngest children of this Philippina woman are, most likely, taken care of by the oldest of the siblings in the family while mom is at work.

The Children – the Losers of the Care Chain

Left out are the losers of the care chain – the children who grow up without their moms and dads. Thirty percent of all Philippino children grow up in the absence of at least one of their parents. Contrary to the Danish woman, who has the privilege of returning home to her children when the workday is over, the Philippina au pair and her children must live separated by thousands of kilometers and borders. A Danish au pair residence permit does not allow for the company of children, and transnational motherhood implies an almost total separation between mom and child.