Home Struggle and Politics Why Everyone Should Mean Everyone

With the coming to power of the new government, immigrants in general and asylum seekers in particular had their hopes raised. It was a new daybreak after a long wait for asylum seekers hoping for re-consideration of their situation. But then the government acted quick. They formed a task force to look into the possibility of asylum seekers living outside the camps, and the possibility to have the right to seek work. That team set up in late 2011 is concluding its mandate on 15 May, but so far asylum seekers, who will be affected by whatever outcome of their reports have not been consulted.

People do not flee their countries simply for economic reasons or for a better life. Leaving family and familiar backgrounds to seek for peace abroad takes sweat and blood, mental and physical strain. Therefore asking a rejected asylum seeker to sign to be deported is handing them a noose to hang themselves. It is no wonder therefore that majority of the rejected asylum seekers do not sign, and the few who sign do so not out of personal conviction and will, but due to unfavourable inducements from the police.

Authorities cut down on the living allowances of the rejected asylum seekers in the hope that this will frustrate them and make them cooperate. But people whose very own life is in danger in their home countries cannot be induced by money cut-down. Anything for them is better, as far as they are not in their countries. When this tactic fails, the rejected asylum seekers who still refuse to sign for deportation are refused any opportunity to have job placements, ´praktik.´ Their life remains one of desperation, hopelessness and anxiety. Unsure of what the next day holds. If they still remain resilient, they could be picked up from their centers of residence and locked up at Ellebæk prison awaiting deportation.

But questions are bound as to the mental and physical health of people, who fleeing from danger zones, find themselves living in camps and ending up either deported or granted asylum. The fact is, after spending some months in the asylum centres, one comes out of them worse than they were: mentally and otherwise. Whether they receive asylum or are rejected, life is never the same for them. This is due to the fact that life in the asylum centres is not normal life. Having to live in isolated areas from the rest of the citizenry and interacting only with equally disturbed people on daily basis breaks even the strongest of spirits. The denial of the right to seek paid work, gives the asylum seekers a sense of deprivation of an essential fundamental right.

On the flip side however one question remains, can the situation be better if the government makes good its promise to allow asylum seekers live and work outside the centres? Well, absolutely. An efficient asylum system should build people and make them better. It should be a safe haven, where having witnessed horrors and wars from their countries, they can sigh with relief in their host countries.

“Wars and instability are here as long as humanity exists and in essence asylum seeking also is, but the promotion of human dignity and prosperity of the society will not be judged on how well the privileged majority are treated, but on how well the vulnerable few are cared for”

The opportunity to live outside the centres for all asylum seekers will not only better their personal situation, but it will also enable them actively contribute to the growth and prosperity of their host country – in this case Denmark. Many asylum seekers who withstand tough and rough conditions to reach here are able bodied persons who with a little mental and physical support can be as productive as anybody can be. Locking them up in centres not only denies the country the talents and abilities that they possess, but it also makes the asylum seekers a burden to the host country.

The scepticism expressed that such opportunities will make Denmark a prime target for influx of asylum seekers is immaterial. People do not flee danger and war-zones to seek employment abroad. Infact asylum seekers who flee to Denmark will not necessarily compete for same job offers and opportunities with the native. On the contrary, they will supplement the existing workforce by offering additional human capital. As for now, asylum seekers wholly depend on the taxpayers. Living and working will allow them fend for themselves, contribute to the national common basket in taxes and other levies, and give them the human sense of dignity of working.

But where do we go from here? The report from the task force looking into the possibility of living and working outside the centers is due soon. The asylum seeker has not been consulted so far. But all is well that ends well. That is why it is of utmost importance that even in this dying moments, the little voice of the asylum seeker is heard. Before time lapses and the proposal discussed in parliament, the asylum seekers see the need to come together with like-minded Danes under the umbrella of Trampoline Cultural house to voice their concerns.

We have chosen to stand in solidarity on Sunday the 13th May to speak in one voice. ´Everyone means Everyone´ is a phrase coiled to call upon the government to consider in its proposals and discussions, to include everyone in the hopeful decision to live and work outside the centres. Everyone including the the rejected asylum seekers who are not willing to give their signature to be deported to back to their countries where they believe they are not safe. Work and living in community does not just point to human rights, it point to the very purpose and spirit of humanity. The dignity accorded to individual persons, even in their vulnerable moments. Wars and instability are here as long as humanity exists and in essence asylum seeking also is, but the promotion of human dignity and prosperity of the society will not be judged on how well the privileged majority are treated, but on how well the vulnerable few are cared for. 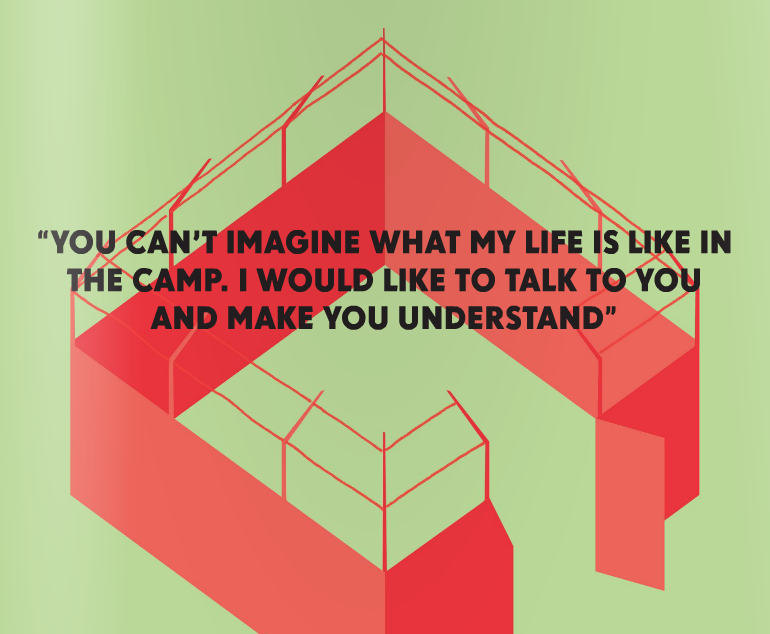