Home Camps and Asylum “There is no future for us here”

It is not the first time that Hanan and her husband Mohammad head towards the coasts of Europe, since they both left Syria a little more than a year ago. Six months ago they were caught by the Egyptian police on board of a boat with refugees bound for Europe. Now they will try again before Hanan gives birth to their first child.

Hanan is currently planning her second attempt to reach Europe with one of the many boats sailing from the North African shores. The first time they tried, the police caught her and her husband. The failed escape to Europe last year resulted in 36 days of imprisonment for both of them and not least the baby in Hanan’s belly. At that time you could not tell that Hanan was pregnant, but now her belly is about to burst her waistband. “I don’t want my child to grow up here in Egypt,” she says. She knows that it is dangerous to cross the Mediterranean by boat, and it does not make it less risky that she on top of that is heavily pregnant. But Hanan does not feel that she has a choice.

It is not easy to leave Egypt

“It’s my first child, and I would really like to be with my parents, who live here in Egypt. My mother has also asked me not to leave. But my husband cannot stand to stay here anymore,” says Hanan, while she nibbles at the dishes at the best Syrian restaurant in Alexandria.

“I need to feel respected, to feel like a real person,” says Hanan’s husband Mohammad and refers to the stigmatization of Syrian refugees they experience in Egypt. “There are no jobs for us, and many landlords take advantage of our desperate situation and raise the rent as soon as they hear that you are from Syria,” says Hanan. “The Egyptians don’t want us here” she says, looking at her husband across the table. Mohammad continues: “There is no future for us here. How can we build a future, when you barely have money for rent,” he asks rhetorically. “He was a hairdresser, but now he is unemployed, and I go on maternity leave in a few weeks, and what do we do then,” asks Hanan equally rhetorically. They hope that the rent becomes easier to pay and that their child will have a good childhood in Europe.

Hanan and Mohammad met in Egypt after they both fled Syria for a little more than a year ago. One day in October last year, he suddenly told her that he would leave for Italy next day, and if she wanted to go with him, he would marry her on the spot, says Hanan with a smile.

“I went home to my mother and said: I’m leaving for Italy tomorrow and I’m getting married today,” Hanan laughs and looks lovingly at her husband.

The next day the skipper called and told them that boat was canceled, because the police had gotten wind of it. “Every day in the following weeks we were ready, bags packed, waiting for the call that would give us the green light,” says Hanan. “Suddenly one day, we were informed that now was the time. When we arrived at the boat there were not 150 people on board as we had been told, but more like 400 people. You could not move at all,” says Hanan and shows with her arms, how closely packed they were. She googles an image on her phone, and shows one of the typical media images of a small, overcrowded boat with people’s legs dangling down the sides of the boat. “That’s the way it is,” she says shaking her head. “One of my biggest concerns was how I would go to the toilet on the six days long journey,” she says.

But Hanan and Mohammad were only in the boat for a few hours before the Egyptian police caught them. Hanan explains that it costs 3000 USD to take a boat from Alexandria to Italy, but you only pay if you arrive. Her and her husband therefore got off cheap paying “only” with their freedom for 36 days in jail. “But it wasn’t easy,” says Hanan. “Luckily, we had good people in our network who could help us by sending food, clothes and medicine, while we were in prison.” Hanan’s manager at the international organization Caritas that supports Syrian refugees in Egypt, also helped the couple with legal advice that saved them from deportation, and instead gave them amnesty and allowed them to stay in Egypt with refugee status.

Now the little family plans to take the trip by car across the border into Libya and from there take a boat towards Italy. “It costs only 500 dollars for the trip across the country and 1000 dollars for the boat trip,” Hanan explains. It is thus half the price of sailing from Alexandria, and the voyage only lasts one day. “But it is not without danger to cross the Libyan border,” says Mohammad. “Last week seven Egyptian men were found executed. Libya is lawless. Thieves and murderers have free reins.”

“I’m scared,” says Hanan. “So is he. When we were in prison, he suffered from a rash all over his body, because he was so scared and nervous for me and the baby. Incidentally, I didn’t discover that I was pregnant until I was in prison. It was really a shock. But I decided not to be afraid, for my husband’s sake. We had to stick together. It is the same now,” she says. In theory, Mohammad could make the trip across the Mediterranean to Europe on his own and later apply for family reunification; the couple knows several others who have done that. The problem is, Hanan explains, that they do not currently have official documentation of their marriage, because they only have refugee status in Egypt. When their child is born, it will be incredibly difficult for Mohammad to get paternity papers. Therefore, she has decided to leave with him now. “We want to go to The Netherlands,” they both explain. Hanan pulls out her smartphone and shows a picture of a mutual friend in The Netherlands. He is standing with his little son in his arms in a green park. “I want my child to grow up there too,” says Hanan, and Mohammad nods and smiles at her.

Syrian refugees flee on a large scale to Egypt and Europe

In the first half of 2014, more than 75.000 refugees have reached the coastlines of Southern Europe, according to UNHCR. It is 25% more than in 2013. In addition, approximately 800 persons have drowned, also in 2014, in an attempt to cross the Mediterranean. According to George Washdev, project manager for the Syrian operation of Caritas under UNHCR in Alexandria, EU immediately needs to take responsibility. He points out that EU’s economic support to UNHCR is insufficient. Currently, UNHCR estimates that around 150.000 registered Syrian refugees reside in Egypt. In 2013 the figure was 120.000.

A Dutch baby is born

The article above was written in May 2014 before Hanan and Mohammad left. In agreement with the couple, the article would not be published until they both had arrived safely. A few weeks after we said goodbye, my phone received a text message from Hanan:

“I am in Libya. There is a lot of action, I’ll tell you more when I get there.”

“I’m in Paris. I’ll go to Belgium and then to The Netherlands!!”

A few weeks later more joyful news arrived, when a picture of Mohammad with their newborn daughter in his arms popped up on my phone. The little family still lives in a refugee camp in The Netherlands, but hope to move out of the camp and into a small house in about four months.

The full names of Hanan and Mohammad are known by the editorial group. 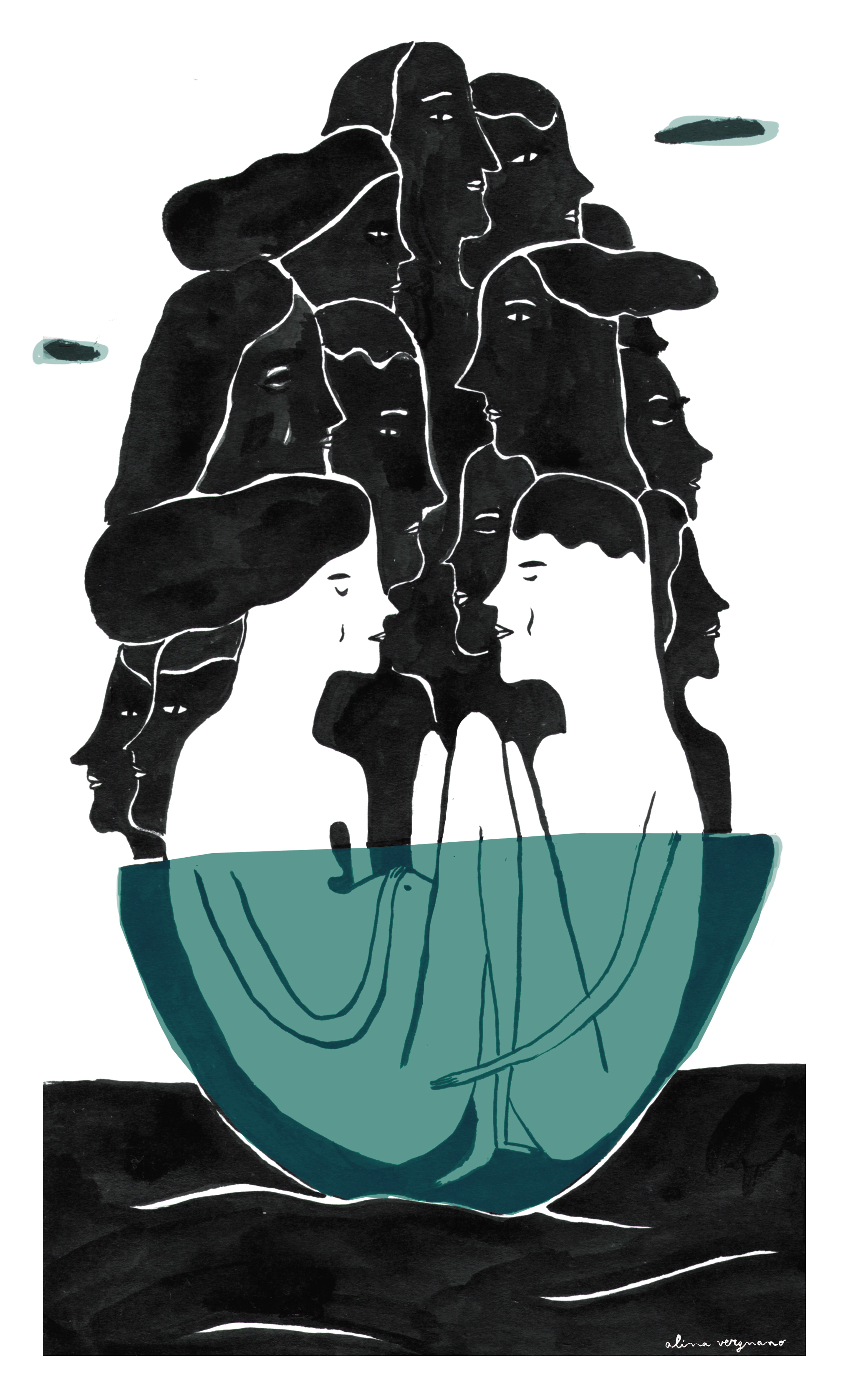