The new agreement on asylum contains positive measures which mean, among other things, that asylum processes will take place faster and that families will be treated better; it also means that asylum seekers will be allowed to live and work outside camps. By involving asylum seekers in towns and in the labour market, we create a smaller distance between us and them, and we move quietly towards an inclusive Denmark where politicians acknowledge the fact that asylum seekers are a part of society. This is the first step towards an acceptable asylum policy. However, the agreement is also exclusive.

The Government avoids relating to the fact that asylum seekers are rejected repeatedly despite recommendations from the UN Refugee Agency, UNHCR. If the Government’s aim is to ensure a humane and dignified policy, it is crucial that the Government lives up to the insistent encouragement of the Danish Institute for Human Rights, UNHCR and Amnesty International about abiding by the convention on refugees and the European Convention on Human Rights. However, the new agreement on asylum means that Denmark will continue the same hard line in the field of recognition of refugees as did the VKO Government. We will continue sending human beings back to countries at war and to countries suffering humanitarian crises. This is a serious shifting of responsibility.

It should be compulsory in a democratic society governed by law to establish an independent authority to ensure that Denmark would live up to universal human rights in the future. Currently, it is the refugee council that has the final say. A dignified way of treating asylum seekers is inextricably tied to asylum seekers’ prospect of obtaining asylum. Today asylum seekers are forced to be conscious of the fact that they may be sent back to their home countries despite their right to be protected.

The Rule of Exception

The following examples provide a clear example of Danish asylum policy and some of the criteria you have to meet in order to be granted asylum in Denmark:

The new agreement on asylum means that children will still not be processed independently. The consequence is that children risk living in a camp for up to a year if the parents do not cooperate about being sent home. Experts say that children may suffer serious harm if they live in camps for more than six months.
Unaccompanied minor asylum seekers may not be given asylum. If their home country has a ‘reception centre,’ children will be sent back to live there. If a minor is lucky and is granted a residence permit, then the residence permit usually expires on the day when the child turns 18. According to the Convention on the Rights of the Child, a child’s interests must always be the number one priority. Political or economic power interests must never undermine the rights of a child.

In Denmark you have to be personally and individually persecuted to be recognised as a refugee. We do not recognise the right of a persecuted group of people to be protected. This is what in the worst case scenario leads to mass expulsions: a lot of people are persecuted to the same extent, and therefore it is argued that it cannot be proved that any of them is being persecuted more than others. This was what happened to the Iraqis who were seeking protection in Brorson’s Church.

In other words, only those people who meet some very specific requirements will be treated in a humane way. Refugees who do not live up to these requirements are in a no man’s land and only have the prospect of being sent home to a country from which they have escaped. Is this dignified?

The Government is going in a new political direction where asylum seekers will be recognised as being part of society. They now have a right to live and work outside camps. This is a step away from Denmark’s policy about making ‘strangers’ invisible and institutionalising them in an isolated life in the remote asylum camps. Being allowed to build up an everyday life together with others is important to all of us. However, the new initiative puts rejected asylum seekers in a complicated situation. Suddenly, they become part of a systematic game where the quid pro quo principle is the rule. If they agree to go home as soon as the Danish authorities say it safe to do so, they will be allowed to live a more normal life, but also a more unsafe life where you can only live in the moment. It is hard to let the system decide your fate when the political reality is that a markedly higher number of people are to be sent home.

And not everybody is capable of cooperating. There are currently no clear guidelines that specifically describe what cooperation actually involves. For instance, not everybody can present the required travel documentation that the authorities demand – although they are willing to do so.

No one flees because they want to. Few people will enter into a deal about returning to a country that they have fought to escape from. Only 12-15 % of rejected asylum seekers in Denmark cooperate about being sent home. And there is obviously a reason for this. We cannot escape the fact that if you cooperate about being sent home, you are asked to acknowledge that there is a good reason for the lack of trust that your motive for fleeing has been met with.

The Government has said that Denmark must work hard to make those who have been rejected return home. The idea behind purposefully and systematically making a rejected person’s life worse is that he or she will go back to his or her country voluntarily. For instance, it is acknowledged that the situation in Syria is so dangerous that it is not possible to forcibly send home Syrians. Nevertheless, all Syrians are denied asylum. Those who have fled can now look forward to many years in the asylum system circus, which involves being moved around and living an uncertain life. Denmark overrules refugees’ need and right to be protected.

It says in a report from a Danish Civil Service committee from June 2012 that no empirical studies have been made, which confirm that measures supposed to motivate people to return home are of any consequence in relation to the question of whether an asylum seeker cooperates about returning home after having been rejected. Nonetheless, the committee maintains that we must continue in Denmark to use these measures: “The measures designed to motivate asylum seekers to return home are to ensure fast, efficient and increased success in sending home rejected asylum seekers,” it says in the report.

One of these measures is about forcibly transferring rejected asylum seekers to a centre from which they can be sent home. The committee believes the transfer will be felt more strongly by those who are subjected to it if the so-called ‘feeding scheme’ is in operation. What this really means is that people are robbed of the opportunity to prepare their own food. As a part of the systematic process of sending people home, they must report to the police once a week, and asylum seekers are put behind bars without a trial in Ellebæk – on the basis of police suspicions. This is a tool of punishment that breaks down people who wish to build up a new life. The committee’s position builds entirely on police experience and judgements. The police are provided with the power of a judge. This is indefensible.

Improvements have been made. However, this does not change the fact that the Danish asylum system is based on a lack of trust instead of being based on trust. Neither does it change the fact that Denmark’s approach is in contravention of international conventions. It is often argued that rejected asylum seekers must accept the decision because ‘they are part of’ a society based on the rule of law. The problem is that this ‘society based on the rule of law’ favours only the system. Refugees are detained and imprisoned without a trial. The criteria determining who should be granted asylum build on the possibility of exception. The labyrinthine system creates one obstacle after another. This is not dignified. People are not being treated humanely. 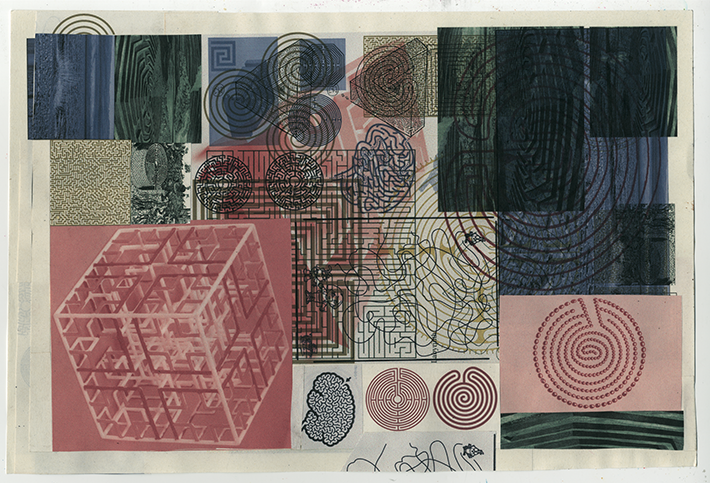