Home Camps and Asylum What do people in the asylum camps think? 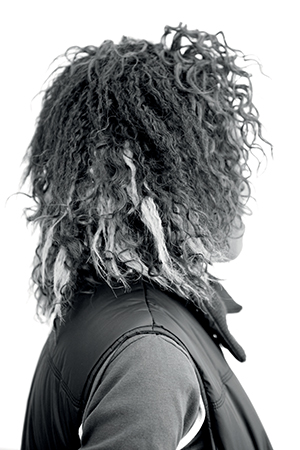 Reactions:
What do people in the asylum camps think of the new asylum agreement?

In October 2012 the Government made a new asylum agreement together with Enhedslisten and Liberal Alliance. The Trampoline House welcomes the improved possibilities to live, work, and educate oneself outside the asylum camps but disapproves of the demand of cooperation and the continued use of motivational measures. Thus the message from the campaign Out of the Camps! has not changed. However The Trampoline House is a community of many different people and therefore holds a wide array of opinions and experiences. In the following three residents of the Danish asylum camps share their opinions on the asylum agreement.

By The Trampoline House • Photo by Mark Knudsen

The texts are based on interviews and the names of the interviewees are given by initials or first name:

I would like to say something about the problems I see in the camp. I have seen many people take their own life, but when I check the news I see a different story. One man from Center Holmegaard had gotten a rejection and he had very serious problems in Afghanistan. He lit fire to himself. In the news they wrote that he had been drinking and then had smoked a cigarette, and that it was because of the alcohol he caught fire. I know he killed himself because of his situation. Nobody wanted to listen to me.

“I know he killed himself because of his situation.
Nobody wanted to listen to me.”

Another guy, in Auderød, hung himself. It took two days before anybody found him. Two weeks ago there was a guy in Sandholm who committed suicide. He was in his room for four days before he was found. I saw him. There was a smell coming out from his room. The police came, but nobody said anything to us residents about the fact that someone had died. Nobody understood what was happening. It was very quiet. An ambulance came and brought him to the hospital. We didn’t find anything in the newspapers about it. I know another story similar to this.

I think it is good that people can live, work and study outside the camp, but it should be the same for everybody. Phase 1, 2, and 3. They cannot demand that people sign to go back voluntarily. We have real problems in our countries. We cannot go back. How can we leave Denmark when we have serious problems where we are from? With the government, with Taliban, with everything? Those men I have told of, they could not sign. I am certain they did want to sign. Maybe a few people will sign because they don’t want to have problems with the Danish Government, but 90 % will not sign to go back to their country.

I heard about the agreement from a friend of mine. One day after school we passed by this poster that said: “Now asylum seekers are allowed to work!” and that they would get their own house and all this. Then I said: “Huh!” Who is giving me this information? It was New Times [A paper published by the Red Cross]. Who is New Times? Which power does New Times have? I asked one of my teachers if he would explain what the poster said. “This is not for everyone,” he said to me.

It is only for people in Phase 2. People with two negatives have to sign to agree to voluntary readmission or they will not give you work. If you sign, then you will work for three weeks, and then they send you back!
The problem is that we are here because of our political problems, not economic problems, and not to find work. I am a political refugee, I didn’t come here to find a job. I had a good job in my own country. I can only get these rights if I sign to go back. If you cooperate with the police, you get the rights. So in whose favor is the new agreement? After a short while they will send you back so what is the point? This is coercion. Many of us refugees had good jobs and we only fled because of the situation in our homelands. We are asking for protection. I can only say that this law is made to force people to leave.

“If you cooperate with the police, you get the rights.
So in whose favor is the new agreement?”

Maybe it is because of pressure from the EU the government thought “let’s do this to make the migrants leave the country.” If this came from the politicians’ hearts, if they wanted to do something good to help and let us live like human beings they could do very simple things. We are human beings like them. We to must eat. If this agreement was from their hearts, it would be the government and the immigration service that gave us the information about the agreement and not New Times. They should send a letter to every single asylum seeker with the information and a work permit. To prove it is for real and that they are serious! If they want to move you to a different camp or you get a rejection on your application for asylum they send you a letter immediately. If we don’t want to leave they send policemen. You know why? Because these things are real to them. Of course it is good that some people will get out of the camps and work, but such a thing must be based on a serious and strong intention.

“This law is made to force people to leave.”

I do not think it is a good agreement. It is not in favor of asylum seekers. If they make a new law, why is it New Times that has to tell us about it? It’s like it is secret and we don’t know anything about it. I would like to know why? I find it strange.

I think it is a step in the right direction for us. As it is right now, there is nothing to do in the camp. If I can live outside the camp and work it is very good. I want to work. You know, as it is right now, it feels like I am not a human being. I am just in the camp. In a month I get 700 kr. two times – and it is not enough. I want to buy clothes, shoes, and things like that and I can’t. This is just enough for food. It would be better if I could get a real job. Then I would be able to take care of my future.

I think it is dangerous that they want you to sign to agree to voluntary readmission. I am from Sudan. The Danish Government know that the situation in Sudan is very difficult. I had problems in my home country that is why I came here. If they deport me, it is really dangerous for my life. I want to get out of the camp. I want to know, that if I sign, does it mean that I can stay until the situation in Sudan is better? If the situation gets better I want to go back. I have stayed here four or five years and the situation is very bad. I know nothing of my family or my future. People in the camps are afraid because we don’t know what it means if we sign. It makes a big difference if they tell me to leave right now or if I can stay one or two years. It’s an open question. EU decided that they cannot send people back to Sudan right now.

“I want to get out of the camp. I want to know, that if I sign,
does it mean that I can stay until the situation in Sudan is better?”

About the motivational measures I don’t think they work. Every asylum seeker knows full well about the situation in her or his home country. I don’t know much about other countries but I know enough about my own. The situation there is very difficult and the system is very tough. I am in phase 3. All the people from Sudan are phase 3. Only very few from Sudan get asylum compared to other nationalities. I think it is the criteria to gain asylum which should be changed.

I think it’s good if I can get out of the camp and work, then I would live more like people here in The Trampoline House, a normal life. I would like to start school again. I would like to learn and complete my education. In Sudan I studied journalism in the university, that’s why I am here right now.

I hope something happens. I hope to get a normal life, where I can live outside the camp. As it is right now, I feel like a subhuman. I hope it happens soon. I think I might sign because I am stressed, bored, and I want to do something with my life. When my country is safe again I will say “thank you very much” and return. With the present government in Sudan unfortunately I don’t think it will happen soon. You have to support bad things with this government. I am from the north. This government is crazy, like a mafia, just corrupt. They can’t steal from the people in quiet, so they fight and they kill.

I hope that the situation in my country will change. I hope for peace. Then I can return. I do not understand how I have ended up in this situation. If my life in Sudan had been without problems of course I would have stayed with my father, my mother, and my sisters. I think The Trampoline House changes, but many asylum seekers no longer believe in change, because they think about other things. They want their own house and live outside the camp, they want to start working.

“I think it is the criteria to gain asylum which should be changed.”