Home Camps and Asylum A Few Carrots, Many Sticks

Germany’s cunning strategy to erode the protection of asylum seekers

Over the past few years, refugee protests have received much public attention all over Germany and there was hope, finally, that things would improve. Indeed, some of the restrictive laws that made lives tough for asylum seekers have been amended or repealed. However, a closer look at government action since the last elections in 2013 reveals that its strategy is rather a carrot-and-a-stick approach – with many sticks and few carrots.

The coalition of Conservatives and Social Democrats has dealt with refugee law several times since it came to power. By a law that came into force on November 6th, 2014, Serbia, Bosnia-Herzegovina and Macedonia have been designated ‘safe countries of origin’. This makes it virtually impossible for citizens of these countries to apply successfully for asylum in Germany – and this despite reports about systematic discrimination against the Roma minority in all spheres of social life, and despite the fragile situation of LGBTTI* people. Unlike in other countries, designating ‘safe countries of origin’ requires a vote in Parliament and the approval of a majority of states (‘Länder’). It was clear from the outset that obtaining such a majority would not be an easy task since the Greens and the Left (parties which form part of government coalitions in several states) had always opposed the concept of ‘safe country of origin’.

The federal government thus opted for extortion: the law on ‘safe countries of origin’ concomitantly provided faster access for asylum seekers to the labor market – a demand prominently voiced by refugee activists over many years. In the course of legislative action, more promises were made: some of the laws that restrict freedom of movement of asylum seekers within Germany would be repealed and social benefits would be paid in cash rather than in kind. This was enough to convince a majority in the states to accept the ‘safe country of origin’ arrangement. This deal was essentially a trade-off between access to asylum and the rights of those who had already obtained the status of an asylum seeker – to the disadvantage of those from the Western Balkans. Unfortunately, the debate re-ignited this summer and the designation of further ‘safe countries of origin’ is expected – despite evidence that these laws do not meet the criteria set out in European Union law.

Another law came into force on January 1st, 2015. It amends the Asylum Seekers Benefits Act that had been declared unconstitutional be the Federal Constitutional Court in 2012. The Court found that the benefits granted to asylum seekers failed to ensure a life in dignity, since they were significantly lower than benefits granted under the general social welfare system. There would have been an easy solution to comply with the judgment: namely, to scrap the act altogether and thus include asylum seekers in the general social welfare system. But the government upheld its ideological principle that everything should be done to deter people from coming to Europe. Some improvements were thus adopted, but equality of treatment with other people in need of social support was not achieved. The states were lured into agreeing with this reform by the government’s promise of a billion euros that should enable them to cope with a growing number of asylum seekers. Since asylum seeker benefits are paid with municipal funds, whereas general social benefits are financed by federal funds, abolishing the Asylum Seekers Benefits Act would have eased the difficult financial situation of the municipalities in a more sustainable way. 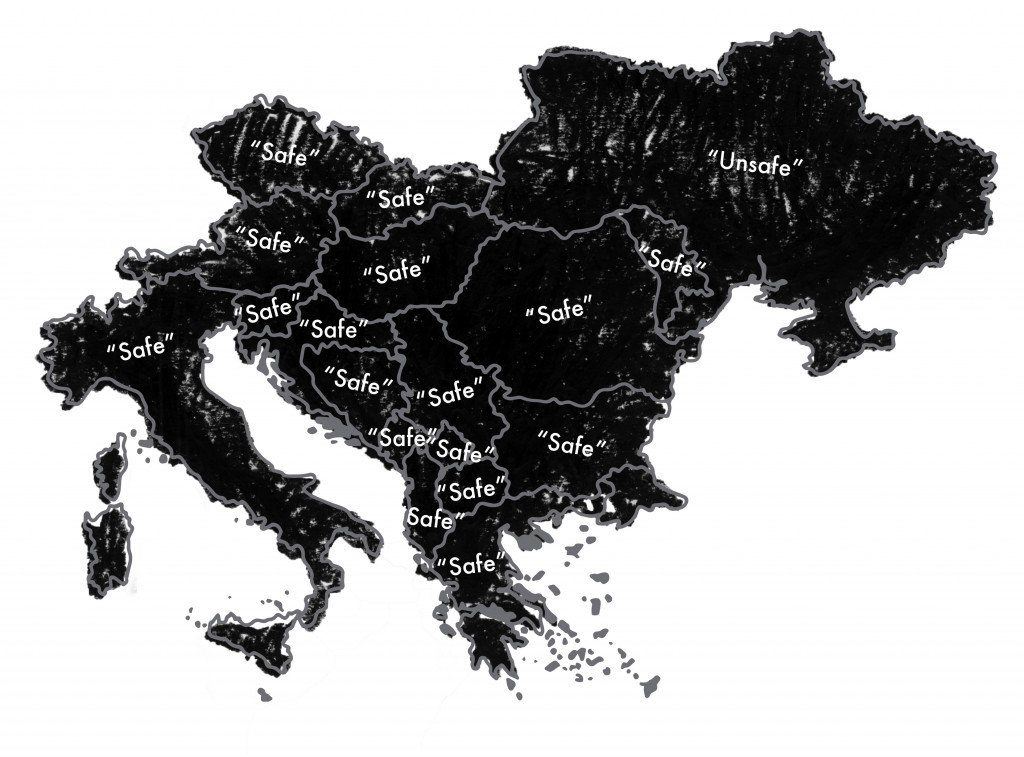 Further legislation came into force on August 1st, 2015. It redefines the legal situation of so-called ‘tolerated persons’, kept in limbo by the German legal system which denies them a right to stay but acknowledges that they are non-deportable. Some of them may now apply for a residence permit, a good thing, but deportation may be swifter as well, a bad thing. Several provisions in this law are particularly worrying.

The new law allows for systematic detention of asylum seekers who fall under the Dublin III Regulation. It defines criteria that are supposed to indicate that an asylum seeker is going to evade his or her deportation to another Dublin state. These criteria include, among others, the destruction or concealment of identity documents and the payment of a relevant sum to a ‘smuggler’ – or even “concrete preparatory acts of a similar relevance”. Asylum seekers in the ambit of the Dublin III Regulation will almost inevitably refrain from presenting their identity papers to the authorities. Thus, they may virtually all be detained – even though Article 28 (1) of the Dublin III Regulation explicitly provides that “Member States shall not hold a person in detention for the sole reason that he or she is subject to the procedure established by this Regulation”.

The new law also creates entry bans for asylum seekers from ‘safe countries of origin’ even in cases in which they leave Germany voluntarily. Such bans will prevent people from the Western Balkans from re-entering any Schengen state once their application for asylum has been rejected in Germany. As a consequence they will not be allowed to study in a Schengen state, to take part in study trips and international projects, to apply for family reunification or to take up employment even if they meet the narrow conditions that apply to any third country national. This has implications far beyond asylum policy: such entry bans conflict with a vision of Europe as a continent whose people have learnt from its history that a common future must be based on a common identity rooted in freedom and solidarity. A common European identity cannot be shaped and preserved through the exclusion of a particular group of Europeans.

Nevertheless, the law was adopted in Parliament and approved by a majority of the states. Critical voices in the states justified their approval with the improvements of the situation of ‘tolerated persons’. The cunning of the government’s strategy is obvious: combining carrots and sticks makes it hard to find arguments for effective criticism. Where arguments fail, other strategies must be considered. Civil society in Europe has been very creative in obstructing deportations (examples abound on YouTube), in supporting undocumented migrants in their fight for wages, and in obtaining the legalization of their residence status. Civil society may also take the government to court wherever it can. The courts are not a place where all society’s evil can be resolved. But they are, very often, places beyond political compromise, and they are not bound by the log-rolling of political actors.