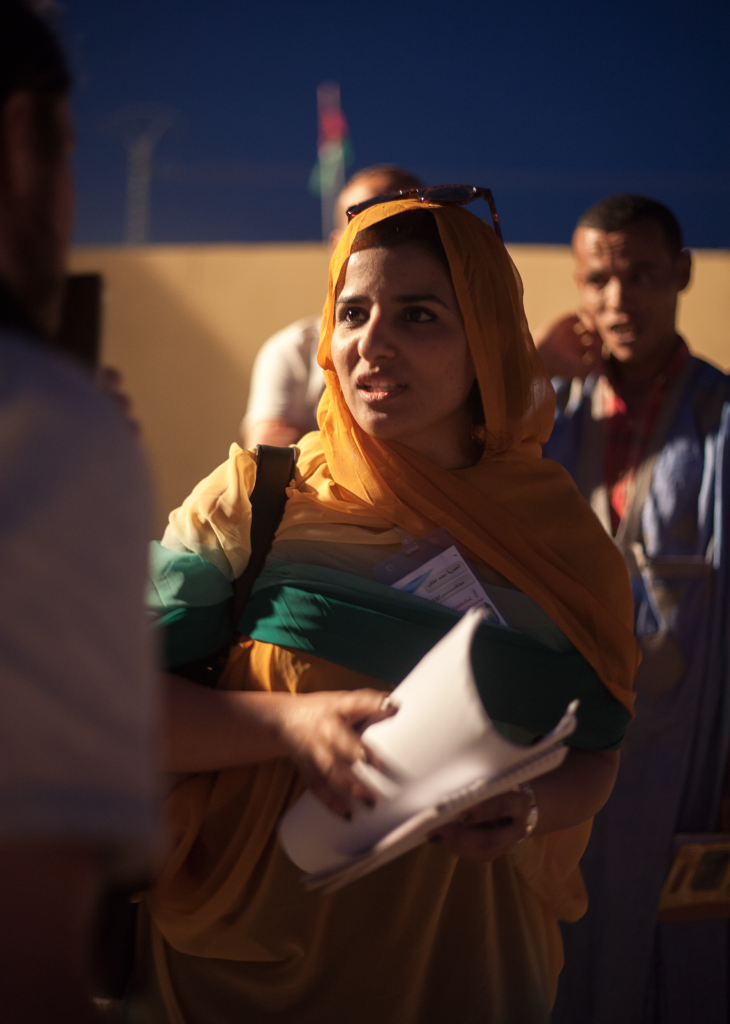 It’s been 42 years since the Sahrawis, Western Sahara’s indigenous people, were displaced from their land by Morocco’s invasion of the country. Today, 160,000 Sahrawi people live in refugee camps deep in the Sahara Desert in Algeria, where activists and families peacefully fight for the right to live in their country again. Until this independence, life in the camps is all about waiting.

Katinka Klinge Albrectsen was born in Copenhagen and graduated from Fatamorgana, the Danish School of Art Photography, in 2016. She is an activist in Afrika Kontakt, and in April 2017, she went to Sahrawi refugee camps in Algeria to explore and document the situation. The resulting photos and quotes are on display from 25 September to 21 October at VerdensKulturCentret in Copenhagen.

Katinka’s photos show the aesthetically strange situation that Morocco’s occupation of Western Sahara has created, with the Sahrawis living in the permanent refugee camps. It is the contrast between the colorful Sahrawis and the barren desert that tells us something isn’t right. Morocco should withdraw from Western Sahara, so that the Sahrawi people can return back home. 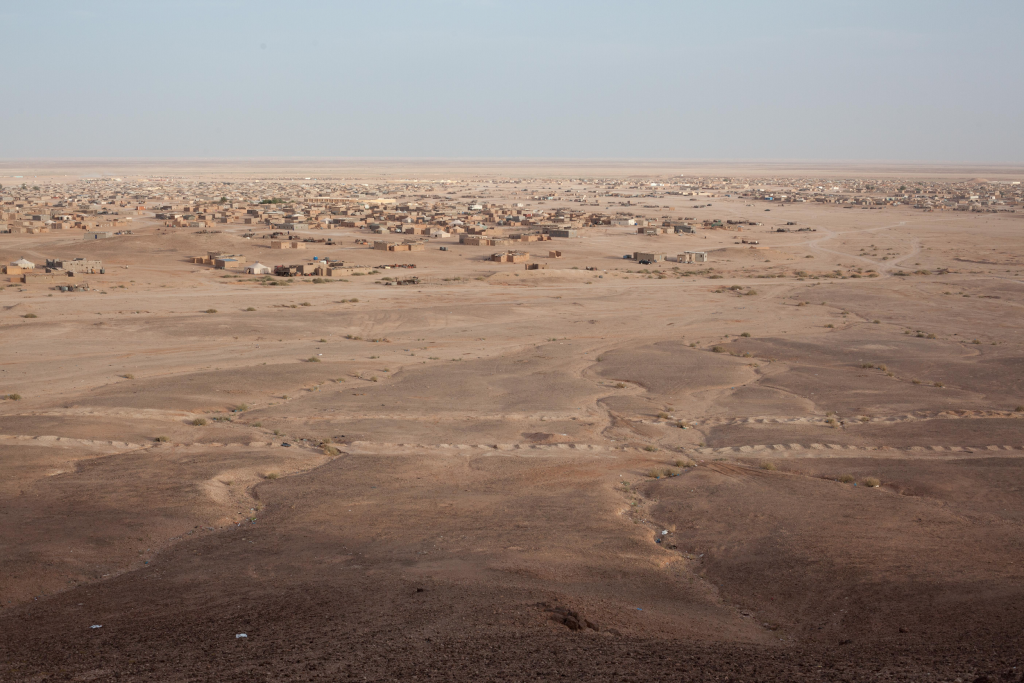 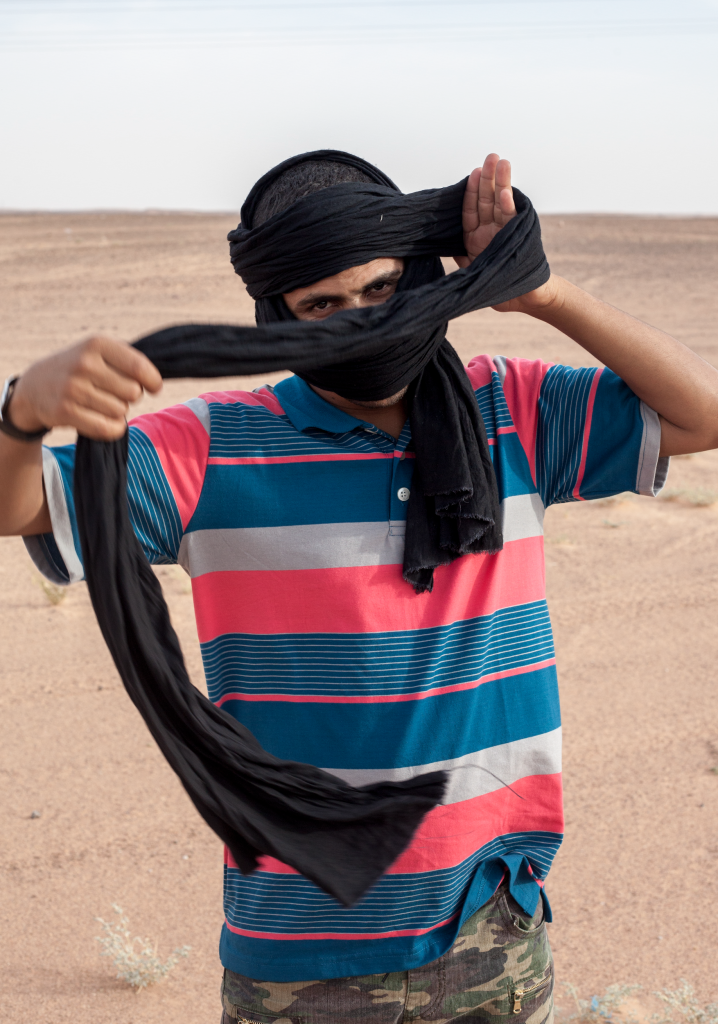 “We are born in this desert. Our fathers, our brothers and our friends are victims of this situation. There is no future here, but since we believe in our right to self determination, we are obliged to keep on fighting.” 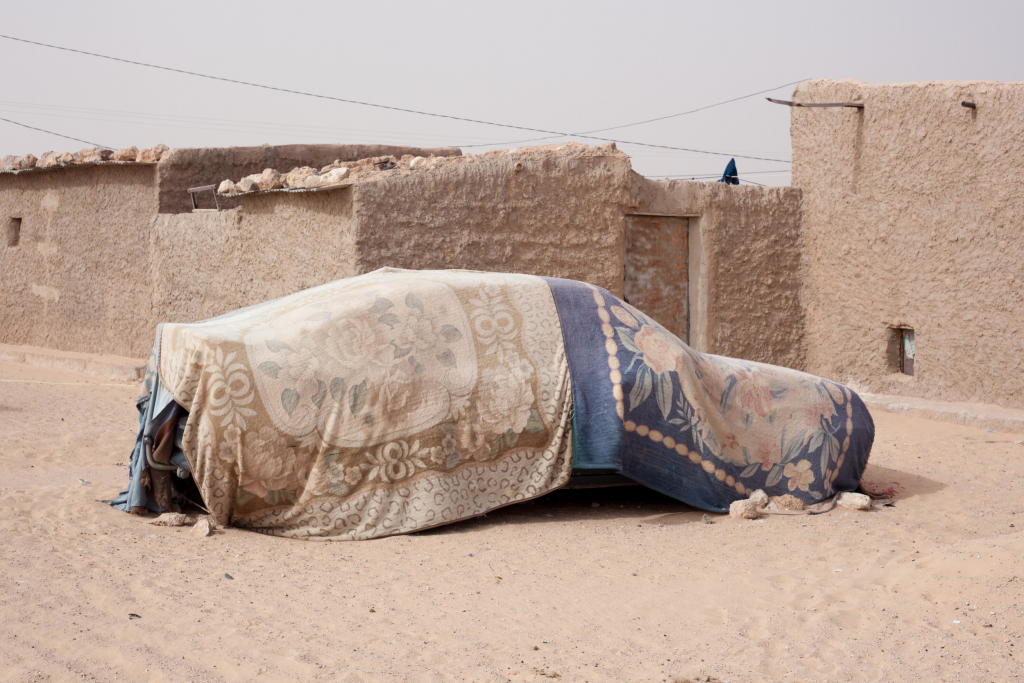 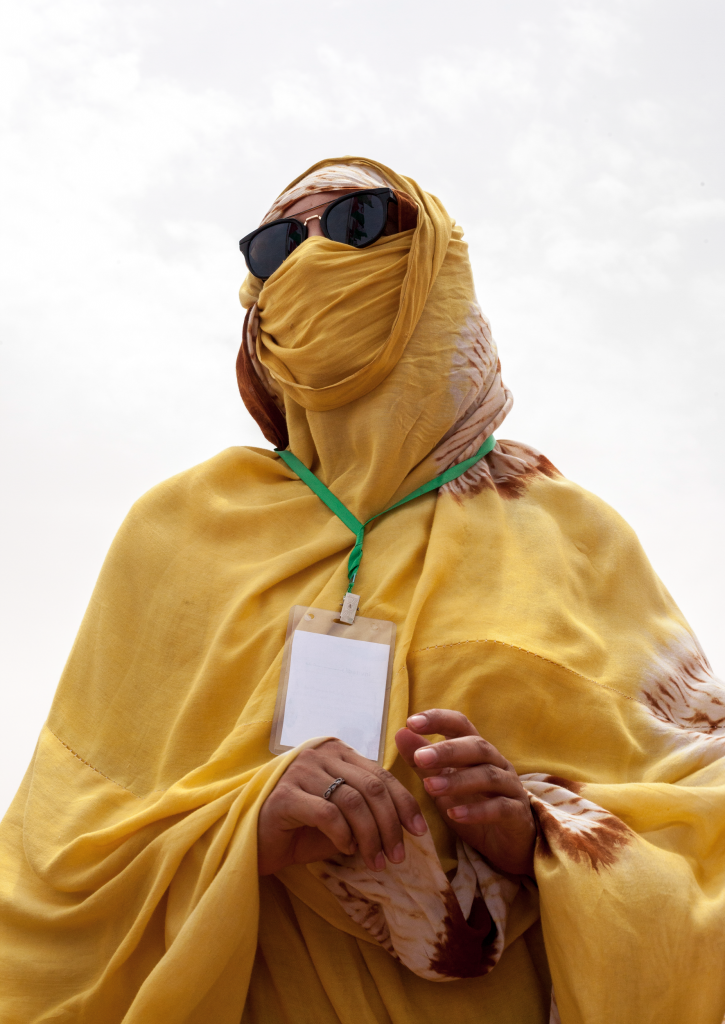 “The only thing I want is a free Western Sahara. When you see football, you know which team to root for. You have common passports, an identity. Right now, I don’t have any of those things.” 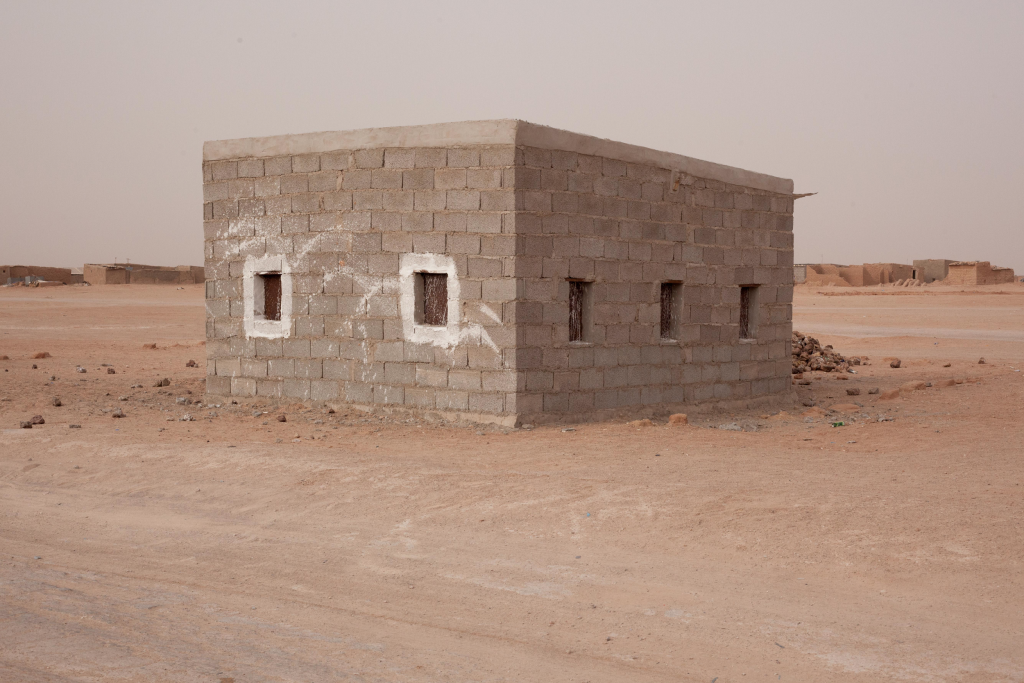 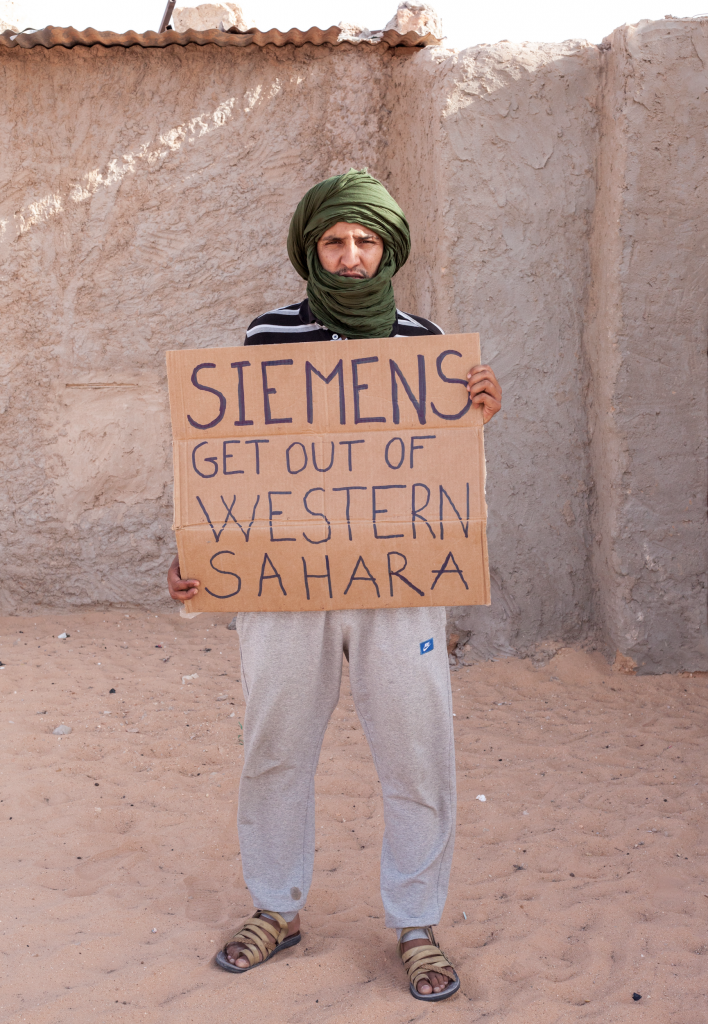 “Doing something is better than sitting and waiting for something to happen. The owners of the rights should act and that’s what we are doing. We are active.” 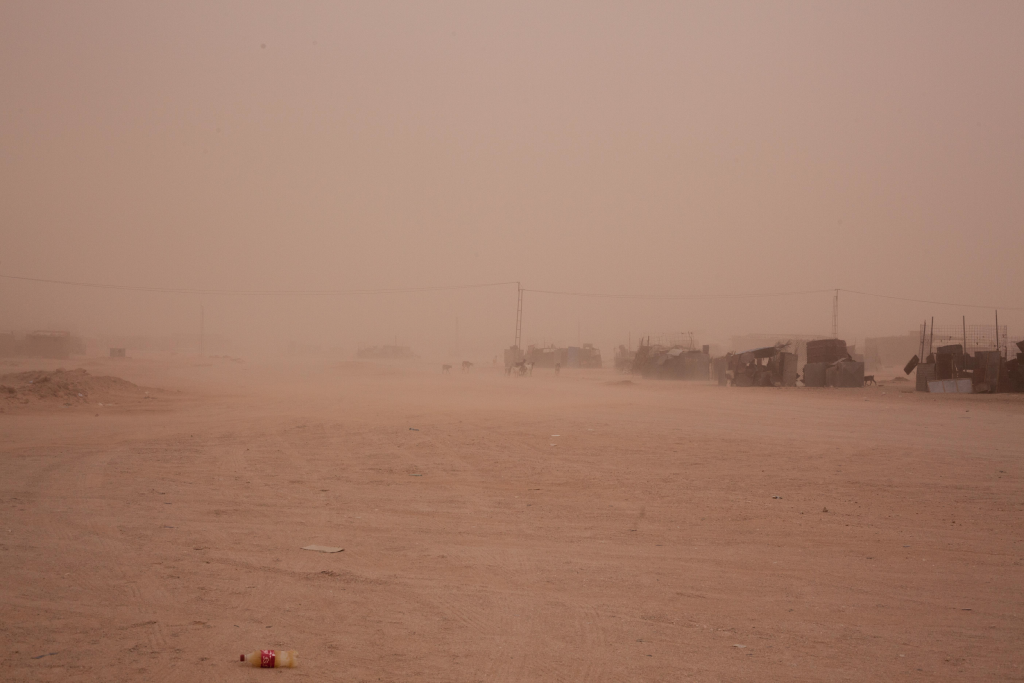 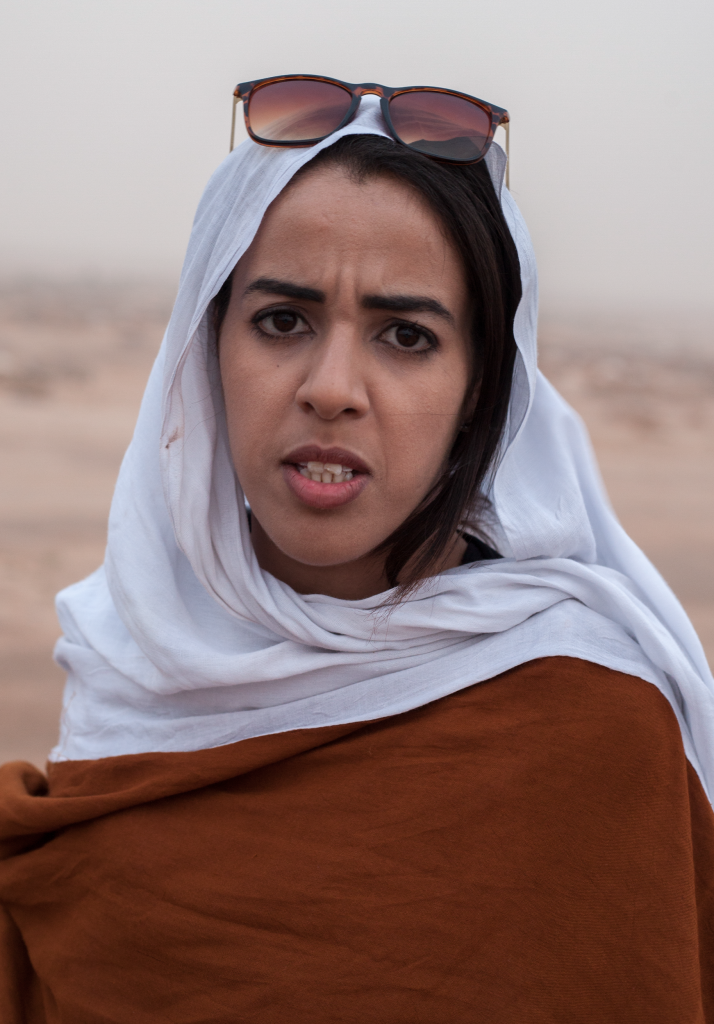 “Now, we are the future. So if we lose hope, the next generation will be nothing. There will be no Sahrawis at all. I have never and I will never lose hope.” 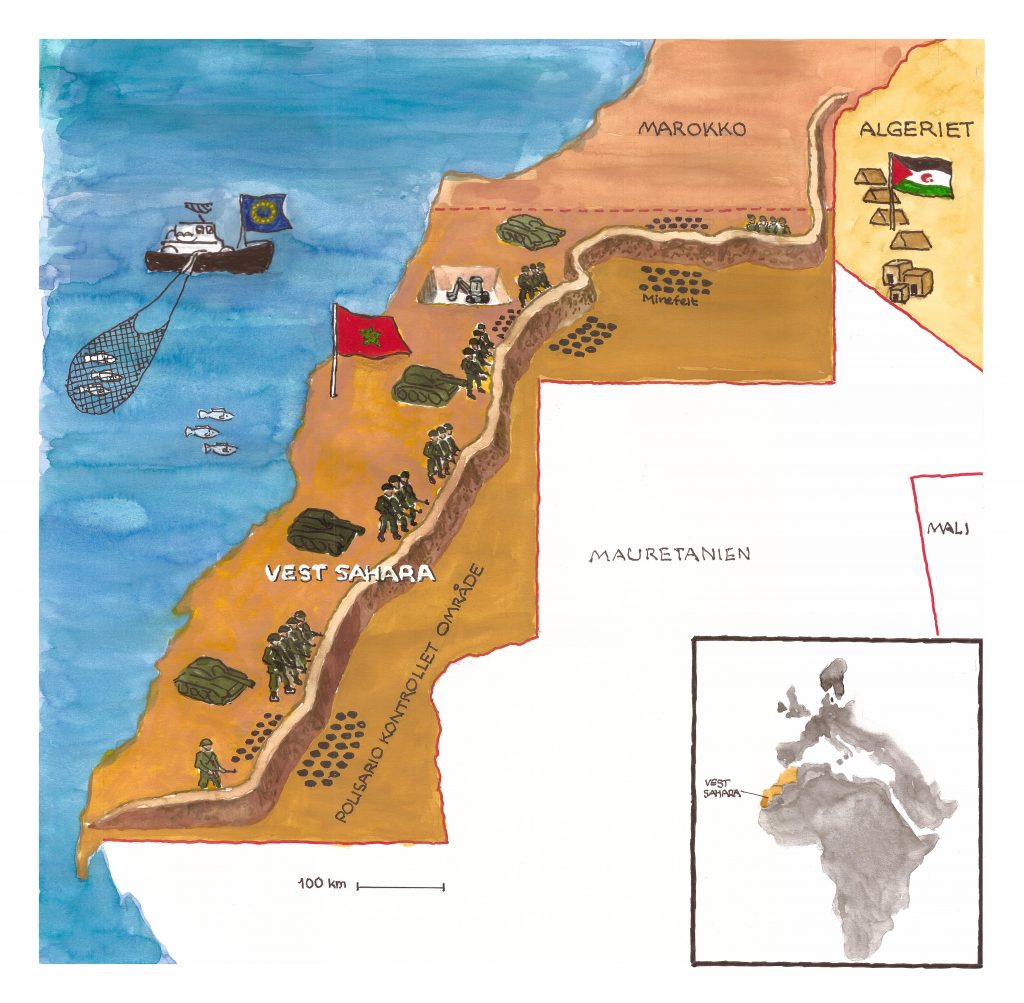 Western Sahara: A country in the northwest of Africa. Formerly a Spanish colony, today it is claimed by both the government of Morocco and the Sahrawi liberation movement, Polisario.

Morocco: Invaded Western Sahara in 1975, and after 42 years of occupation, controls over 85% of the country. Morocco profits from the occupied Western Sahara’s natural resources through free trade and fishery agreements, with amongst others the EU.

The Wall: A Moroccan-built wall of sand and stone that separates the occupied part of Western Sahara from the liberated part controlled by Polisario. The “Wall of Shame” is 2,700 km long and is protected by 160,000 Moroccan soldiers and 7 million land mines.

The Camps: Morocco’s invasion of Western Sahara displaced thousands of Sahrawi families to a nearby area of the Sahara Desert in Algeria, where they proclaimed an exile state. Today, the refugee camps accommodate nearly 160,000 Sahrawis, who are fully dependent on international aid.

Referendum Now: No country in the world recognizes Morocco’s occupation of Western Sahara, and the UN Security Council has repeatedly proclaimed the Sahrawis’ right to self-determination. Still, 25 years after the promised referendum, the Sahrawis are waiting. Read more about the campaign for self-determination at Afrika Kontakt.