Home Migration and Borders If the Sea Could Talk

Imagine if the sea could talk. Unfortunately it is impossible, but if possible this would be the time to lend our ears to different sounds, cries and songs but also to the many testimonials filled by the endless cries of distress.

The journey ends in tragedy

I had the time to talk with a friend who has survived in the sea when the boat that brought him to Europe sank. Fortunately, he was rescued by the police but many of his comrades perished in the sea. We cannot imagine what these refugees endure during this long journey that often ends in tragedy. These people who decided to leave their home country to finally live free and happy without war, torture, or persecution. Their dreams die with them.

The testimony of my friend is like an endless cry. For me it is a pain which touches a bottom of the bottom. The way he spoke to me of this story reminds me of these gesticulations which I cannot interpret – and indeed even actors cannot enter into the scenario and play this role better than someone who has lived this horrible story in order to pay tribute to missing people and tell us what happens every day at the sea. 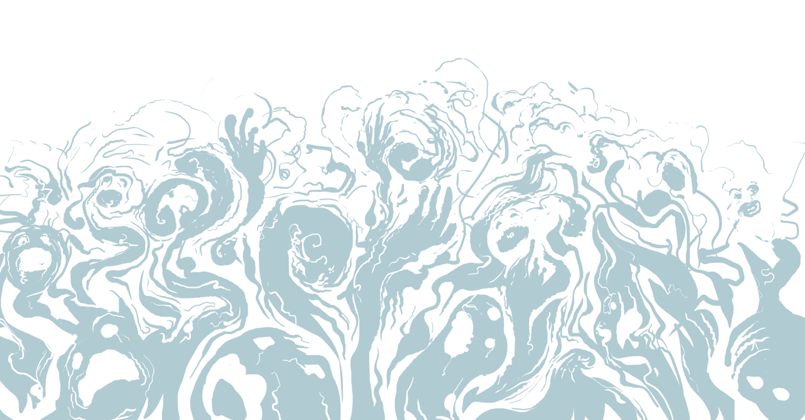 Of this long talk spoken in his unique voice in order to tell me more and help me to understand or guide me so that I can write it, the only thing which I cannot forget is his absolute silence, interrupted by shallow breathing. My friend inspired me with this sentence: ”If the sea could talk.” So I thought long and hard to find something to write, because I would not have the courage to take up a pen to write his testimony. Even if I did, I cannot write until the end because the horror he survived is so difficult to describe or to find the words to explain.

The only thing I can mention here, is that he survived when the boat sank. He doesn’t remember how much time he spent in the water. But he remembers that the water was so cold, and he remembers the corpses of his comrades around him, some with babies on their back. Some were swimming without knowing which direction to take because they couldn’t see the land; there was the chance of being discovered by a police patrol boat, but by the time it arrived to their location, most of them had died. The police rescued him miraculously and after that he wasn’t able to move his body. It was too cold.
So today, to pay tribute to the missing and dead, I can only give you the numbers of refugees who have been missing, and who have died, since 2006.

Crossing walls covered with barbed wire; crossing the sea in unseaworthy boats; traveling clandestine or in containers without air. Every day, refugees and migrants risk their lives in the world, every day in a desperate quest to find safety and a better life.

Each has his or her own history and memories

Behind the dramatic headlines and shocking images of human migration that are broadcast in the media are stories of individual courage, tragedy and compassion. Although refugees and migrants use the same routes and the same modes of transport, and share the same history and the same name as refugees, each and everyone has his or her own history and memories.

Some want to join their family members and others are fleeing persecution, conflict or indiscriminate violence occurring in their country. This is why many undertake such travel at the risk of their lives and are forced to travel in inhumane conditions to finally escape war and persecution.

According to the UNHCR, the following are numbers of people who have arrived in Europe via the sea, and the number of people missing and died since 2006 until 2011.

More people have died because of violence, injustice, discrimination, trage-dies, natural disasters, massacres, famine, wars, genocide, persecution, torture, politics, and incompetent politicians who put their interests before those of the population.

We have to be aware that this number will increase. I do not have the solution, but together we can find a solution; today it is them, and tomorrow, who knows? Today it is them who risk their lives to find safety and a place to live, but who knows about tomorrow?