Every woman has the right to be treated in a dignified way and for her gender to be taken into consideration when her asylum case is being dealt with, says UK asylum organizations. But only eight countries in the world have guidelines to protect the rights of women seeking asylum. 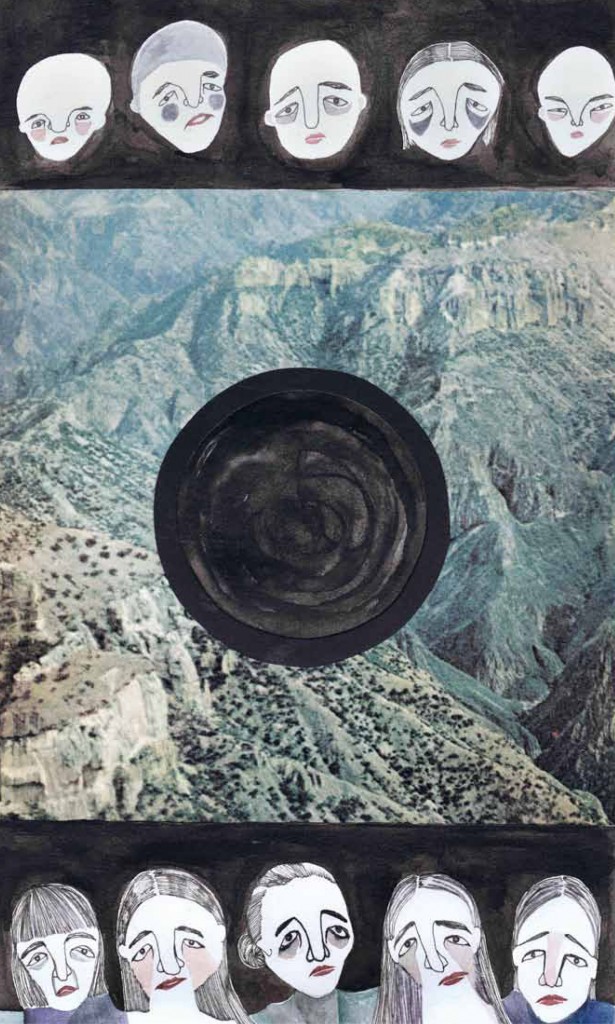 An evening last December, a crowd had gathered in the user-driven culture house, Trampoline House in Copenhagen. It was only the first week of the house’s life, and the rooms were still only half-way decorated. Bare white walls and bookshelves newly painted in bright yellow, matching the warm atmosphere and the smell of spicy stew boiling in the kitchen, greeted guests, who were at this moment listening to a welcoming speech by the editor of visAvis, Jeppe Wedel-Brandt: “When I look at society, I see clearly that there’s something wrong in the way we treat migrants and people seeking asylum. It makes me angry. And it makes me feel the need to act,” he said. Looking at the people listening to him, it became apparent that the décor of the house was not the only thing still at a stage of hopeful promise; the gender balance of the guests also left room for improvement. Milling around the room were around 80percent men, aged between 20 and 40, and only very few women. Although most guests were polite and had come to have a party, the masculine majority amounted to an almost physical pressure that made every fibre of my otherwise not traditionally feminist body shout the question: ‘where are all the women?’ As the evening went on with much talking, dancing and drinking, nevertheless leaving enough time for early evaluation of the situation, we first came to the conclusion that most women living in the asylum centers had failed to turn up for the party because it had been advertised as involving alcohol, a fact that had scared off many women who may potentially have attended an event earlier in the day without alcohol consumption. But as we spoke to more people, it emerged that several women and children had in fact planned to attend the party, but had been pushed to the back of the line by young men eager for a chance to get away from the dreariness of their everyday lives, spend in waiting, when the free busses transporting the guests had arrived at the asylum centers. Of course, the situation was partly caused by our beginner’s unawareness of the need to reserve seats for women and children on the busses and to exclude alcohol consumption. But the fact that this mistake was so easily committed by people who are very familiar with the conditions at Danish asylum centers and who are already working to improve these, highlights the wider issue of the vulnerability of women seeking asylum and the importance of ensuring their rights.

At the launch party, the male majority did not make me, as a woman, feel frightened, but it did make me feel outnumbered, almost fragile, and acutely aware of my femininity. If I felt this way, how strongly must a similar situation affect a woman who is alone in a strange country? A woman, who may be one of the 70 percent of women seeking asylum who, according to UK study claiming worldwide relevance, have been raped, either in their home country or during transit?

Aisha* is one of these women. When she came to Denmark, she was a nervous wreck. She had been raped several times by soldiers in her home country, her husband had been killed and she had singlehandedly managed to get herself and her children out of danger and safely to Denmark. Three months after arriving in the country, she was living in an asylum center, surrounded by strangers she was afraid of and had only seen a psychologist twice, each time telling her story through a male translator. “I didn’t want to tell a man that I had been raped,” she told me. “Sometimes my children were also with me when I was being interviewed by police, and because I d i d n ’ t want them to know what had happened to me, I couldn’t tell the whole story.” Luckily, Aisha and her children were granted asylum on the grounds that they were victims of political persecution.

But not all women seeking asylum are this lucky; some seek asylum to avoid gender based persecution such as forced marriages, forced prostitution or genital mutilation, all grounds which are not unambiguously included in the 1951 Refugee Convention. “The 1951 UN Refugee Convention is a product of its time and is written from a male perspective. It needs to take women’s rights into consideration to a greater extent,” Debora Singer from the UK organization Asylum Aid told me when I went to see her in the organization’s small London office this spring. One of the ways in which the Refugee Convention can be interpreted in a gender sensitive way is by developing and implementing guidelines that respect gender differences, aptly named ‘gender guidelines’.

Thanks to the UK’s relatively extensive gender guidelines, the UNHCR has named it the country with the most gender sensitive asylum policy. Its gender guidelines ensure basic rights such as the right to be interviewed by someone of the same gender and to live in women-only accommodation. However, the rights of women seeking asylum in the UK are still a far cry from the rights of women who are residents in the UK. Especially when it comes to medical help, protection from abuse and pre- and post natal care, the standards for women seeking asylum are far below that of other women living in the UK. This is something that Asylum Aid is working to change. “There has been a huge improvement in terms of gender sensitivity in the criminal justice and prison system in the UK,” Debora Singer told me. “So there’s no reason why the same gender sensitivity should not be adapted by the UK Border Agency (UKBA).” In order to influence the UKBA, which handles all asylum applications, to adapt more gender sensitive approaches, Asylum Aid has developed a ‘Charter of Rights of Women Seeking Asylum“. The charter was launched in 2008 and has since been endorsed by almost 200 organizations, including Amnesty International UK, Liberty, Oxfam and Rape Crisis.

If Denmark had gender guidelines, the situation for women like Aisha would improve significantly, because she would have been able to tell the truth to her police interviewer. For many other women, the introduction of gender guidelines could change the outcome of their asylum application. The UNHCR gender guidelines did so in a famous UK case from 2005 where the young woman Fornah, who fled Sierra Leone to avoid genital mutilation, was granted full protection under the Refugee Convention in an appeal case which established that, as a woman, she belonged to a particular social group risking subjection to inhumane treatment in her country of origin. The judgment became case law and has since helped many women in similar situations in the UK.

But even though the introduction of gender guidelines has improved the situation for women seeking asylum in countries like the UK, what is ultimately needed for equal treatment of men and women seeking asylum is a change of culture. “It is a big step forward that the UKBA has come as far as to recognize that some cases get overturned simply because gender based persecution is not recognized or because the procedures in which interviews are carried out do not allow women to speak the truth,” Debora Singer said. “But just looking at issues like training and guidance is not enough. It’s about culture; we need to make sure that the recognition of gender is internalized in the procedures and decision making system.” While she was talking, she tapped the report at the table in front of her, with the decisive headline ‘Every Single Woman’, reminding me of the feeling I had at the launch party of visAvis #4; we need to make sure that the work we do as activists, to protect rights of every single human being, takes into consideration the different needs of the people we are trying to help, including gender differences. Here is to hoping that the good work of organizations like Asylum Aid will inspire a greater awareness of the need for gender sensitivity, both at governmental, institutional and grass root level.

*Aisha is a pseudonym